A curandera’s remedy for sunburned skin and body rejuvenation 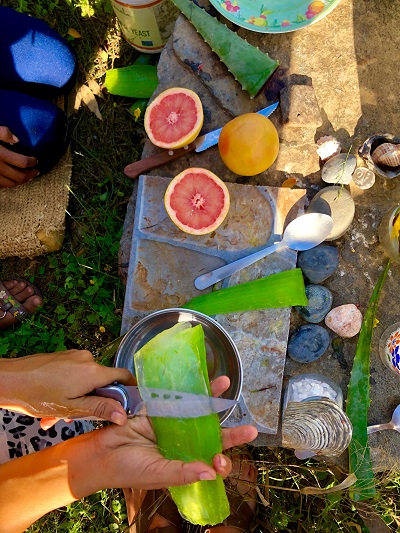 Aloe Vera, or “sabila” in Spanish, grows in many places in Baja, and there’s a healthy stand of it growing in the dry arroyo behind Espacio Amor in El Pescadero. If you come across aloe in your travels, it’s a blessing that will soothe dry, sun-punished skin. Cut a leaf to keep in your cooler and you’ll be refreshed like never before after a day at the beach.

My appreciation for aloe was renewed during my time in Baja, where a single leaf can grow up to two feet long. But I had never before consumed aloe vera until my Mexican friends invited me to partake in a ritual they swear by, several mornings a week: aloe vera for breakfast.

The ritual begins by slithering beneath the arroyo’s low branches to cut aloe leaves, each one of us cutting from a different plant to keep them thriving. Valeria of Oaxaca, a healer and massage therapist down at the beach, shows me how to choose a limb from the bottom to minimize damage, gives her thanks to the plant, slices it cleanly off, and hands me her knife to do the same.

Gathered around a cutting board near Valeria’s tent, the girls tell me, “It has all of the amino acids that your stomach needs.” It’s their go-to remedy for stomach or intestinal distress, but they also swear it gives them more energy throughout the day. 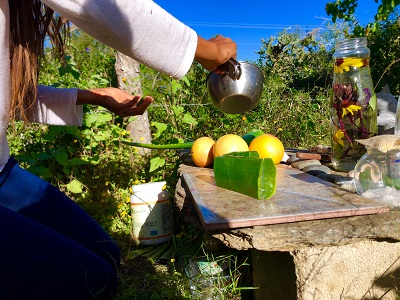 Slicing off the spines and then skinning the leaves, Valeria then cuts the large segments of clear flesh into smaller chunks. It’s a messy affair, met with lots of innuendos and teasing in Spanish, as the transparent slime oozes and sticks to everything in long strings.

Valeria squeezes half an orange into each bowl of gelatinous cubes of aloe flesh and slime, and then sprinkles chia seeds on top. Breakfast is served, and we all begin to slurp. The texture of aloe vera takes some getting used to. I fight my gag reflex on the first few sips, but if you can get used to the gloopiness, it does taste good.

Upon further research I find that aloe contains over 75 different vitamins, minerals, enzymes and phenolic compounds, as well as amino acids and salicylic acid. Its fat leaves are plump with a clear gel rich in antioxidants, beta carotene, vitamin C and E, and the hormones auxin and gibberellin—which stimulate the growth of new cells, helping the skin to heal. 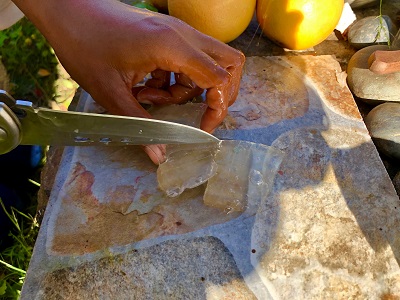 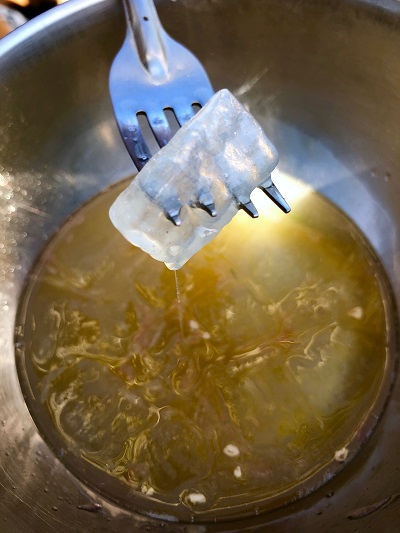