Safety: Things People Told Us About Driving to Mexico

And What We Found

By Maria and Molly 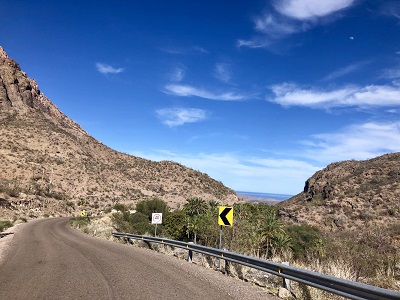 Some looked at us with concern and others with excitement when we told them about our upcoming road trip down Mexico’s Baja. All gave advice. Here’s what we were told, and what we found:

About 15 people told us this! On our first night in Mexico, a trio of Mexican waitresses at Alximia Winery illuminated the reasoning behind this advice: “Banditos are not so common anymore, but if you break down at night, nobody is going to stop and take their chances.” There are also potholes and herds of wild cows all over Baja—much harder to see at night! We heeded this advice and stayed off the roads at night, on all but a few occasions, figuring out where we were going to sleep when we noticed the sun beginning to drop toward the horizon. 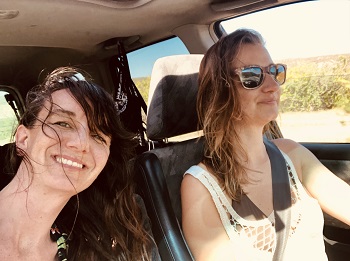 "Two people are always safer than one."

You can’t argue with this logic. We’ll add that it’s also extremely fun to roadtrip with a good friend. As two female foreigners in Mexico, our greatest fear (breaking down in the middle of the desert without water) never became a reality. We think it’s important to note that in all of Baja, we were only bothered to an annoying level by a man once—a figure far lower than our experience walking the streets at night in Santa Cruz and San Francisco.

Actually, it went like this:
Maria: "Do you really think I’m crazy for bringing my guitar to Mexico?"
Man at a guitar shop in San Diego: "I wouldn’t bring myself to Mexico. Get bear spray!"
The little black cartridge of pepper spray we picked up in San Diego later that day remained in the glove box and was soon completely forgotten. Several weeks later, Maria almost had a heart attack when a three-year-old boy at the bohemian camp Maria was staying at—nicknamed “Baby Buddha” and last seen dropping every peso out the window of her parked car—unearthed the cartridge from the glovebox and began trying to “open” it. Crisis was averted, but after the panic subsided Maria deeply regretted bringing this item.

"Bring as little as you can, and bring only what you don’t mind coming back without."

We brought and returned home with several valuables: guitar, laptop, camera, cell phone and satellite phone, and Molly also suffered no theft. Enclosed parking when available gave peace of mind. Just like in cities at home, we tried not to leave anything in the car overnight in La Paz, the Cabos and Todos Santos. On the trip home, Maria became comfortable leaving some belongings in her car in the quaint and tourist-friendly towns of Mulége and Loreto.

"Don’t get ice in your drink."

Operating under the assumption that restaurants in Baja make their ice out of purified water (which is the only kind of water people drink there), Maria ignored this advice. Maria got sick around day 50 in Mexico, but not from the ice; it was likely arroz con leche that took her and Salvador down, oh so very hard.

We did not bring any herbs besides Jade Nectar CBD oil, but we noticed frequent “botanicas,” or herb/natural remedy shops (they also usually sold votives and incense). Moringa, aloe vera, and many other remedies are great for minor upset stomachs. Most farmacias in Baja sell Pedialyte (pronounced in Spanish as Pedia-LEE-tay), as well as potent OTC antibiotics for cheap if it comes to that.

"Watch out for drug gangs."

"Don’t keep all of your money in your wallet, in case you get bribed"

We crossed through all of Baja’s many military checkpoints without any issues. I carried some money in my wallet, and the rest in an inner pocket of a cross-body purse, which nobody seemed interested in. 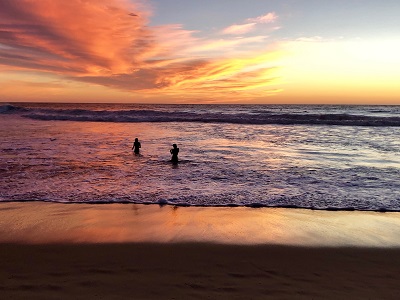 "Shuffle your feet in the ocean to avoid stingrays."

Said to inflict an ungodly wrath of pain. We did not see any (they are said to be more common in the summer months)—but shuffle our feet, we did.

"White light, protecting you, all the way."

My 69-year-old surrogate auntie told us this before we left. Her logic: constantly worrying that something bad is going to happen will invite something bad to happen. We laughed about the white light, heeded the advice and worried very little.