Playitas: Where Baby Sea Turtles Crawl to the Sea 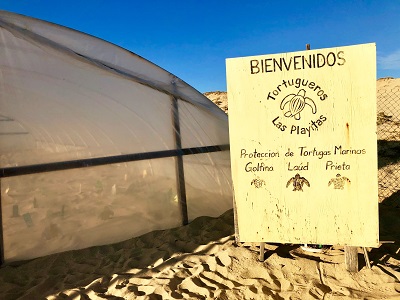 It’s a beautiful drive north up the coast from Todos Santos as the sun begins to lower. I am headed for Tortugueros Las Playitas, because the cashier at Todos Santos’ bookstore El Tecolote told me that baby sea turtles are released into the sea at sunset and sunrise—every day between Dec. 1 and April.

About 20-minutes from town I find the unmarked beach, located at the northernmost boundary of sea turtle breeding grounds. The road takes my car directly onto the beach. A small hoop house with a sea turtle on the outside confirms I’ve found the site of the restoration effort.

A volunteer for the nonprofit Tortugueros Las Playitas greets the crowd with a classic California surfer accent. We learn that winter in these northernmost latitudes of habitat can prove too cold for eggs to hatch, hence the greenhouse incubation. 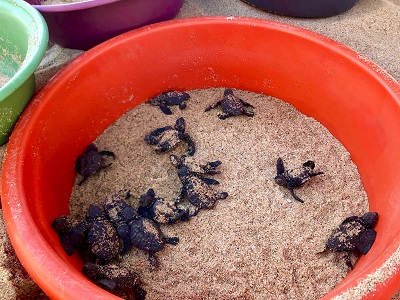 Since 2010, the project’s volunteers have been locating sea turtle nests on the beach—which can hold as many as 100 eggs the size of ping pong balls—and moving them into simulated nests (basically a hole in the sand dug at the same depth). Here they are protected from coyotes, ATVs, horses and humans, and the eggs stay warm until they hatch, which takes about 55 days. They hatch from December through April. Leatherbacks lay their eggs in October—and they are the most endangered of the three species released here.

Today, five tubs of baby Olive Ridley turtles (known as “Golfinas” in Spanish) are waiting on the sand. Black, and about two to three inches long, the babies scratch around in circles, some of them stuck on their backs, their little fins making swimming motions in the air.

Sea turtles have been on Earth for at least 100,000 years, our guide tells us, but most of the seven species are considered vulnerable to extinction. “The Leatherback will be extinct in eight years if we do nothing,” he says. It is sad to hear.

The Golfina and Black (Prieta) turtles are the two other species that the nonprofit is helping along. Fishing nets, plastic bags (which fatally disguise as their favorite food, the jellyfish) and climate-changed oceans are all factors working against sea turtle populations.

Tourists can adopt a nest inside the greenhouse for a small donation, which goes to keeping the nonprofit up and running. 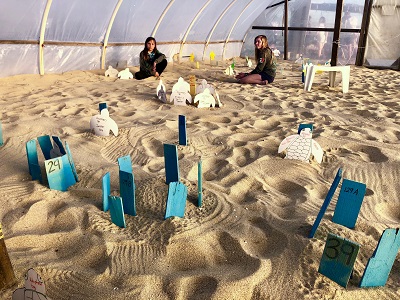 The babies are released at sunset and sunrise because it increases their already-slim chances of survival. At night, these little turtles cut less of a silhouette on the surface, making them less obvious to predators below.

Sure enough, at sunset, 73 baby Olive Ridleys scramble clumsily toward the darkening waves, stopping and starting in a strange synchrony. I wish them luck in finding a piece of kelp or something to cling to, so they can make it out into the currents and begin to eat and grow. This was such a cool thing to take part in.

Tip: Be careful where you park, I got stuck in the sand on my way out, which was sort of a scene. I’d probably still be there if it weren’t for two kind strangers with a huge truck who offered to pull me out. 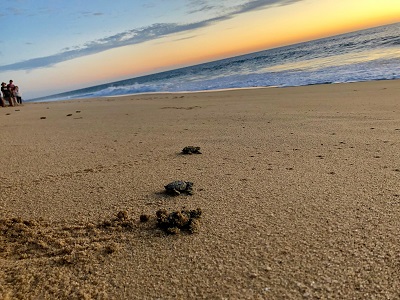 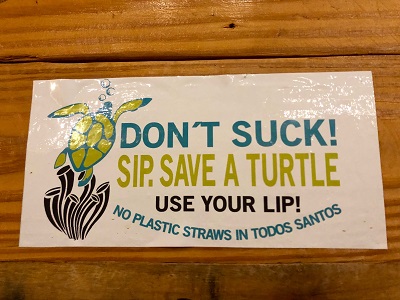